Introduction by Tananarive Due
Design by IN-FO.CO


"An exhilaratingly smart and scary freak out about a black man in a white nightmare." — Manohla Dargis, New York Times

Jordan Peele’s powerful thriller Get Out debuted in 2017 to enormous public and critical acclaim, a Guess Who’s Coming to Dinner? for the age of Obama and Trump that scared audiences and skewered white liberal pieties at the same time. Rather than rely on popular archetypes, Peele weaves together the material realities and daily manifestations of horror with sociopolitical fears and elements of true suspense, and combines them with pitch-perfect satire and timely cultural critique.

This companion paperback to the film presents Peele’s Oscar®-winning screenplay alongside supplementary material. Featuring an essay by author and scholar Tananarive Due and in-depth annotations by the director, this publication is richly illustrated with more than 150 stills from the motion picture and presents alternate endings, deleted scenes and an inside look at the concepts and behind-the-scenes production of the film. Continuing in the legacy of 1960s paperbacks that documented the era’s most significant avant-garde films—such as Akira Kurosawa’s Rashomon, Jean-Luc Godard’s Masculin/Feminin and Michelangelo Antonioni’s L’Avventura—Get Out is an indispensable guide to this pioneering and groundbreaking cinematic work.

Jordan Peele (born 1979) is an American writer, director and producer. Peele’s directorial debut, Get Out (2017), earned him an Academy Award for Best Original Screenplay as well as nominations for Best Picture and Best Director. In 2012, Peele founded Monkeypaw Productions, which amplifies traditionally underrepresented voices and unpacks contemporary social issues, while cultivating artistic, thought-provoking projects across film, television and digital platforms, including Peele’s follow-up to Get Out, the critically acclaimed horror epic, Us (2019). 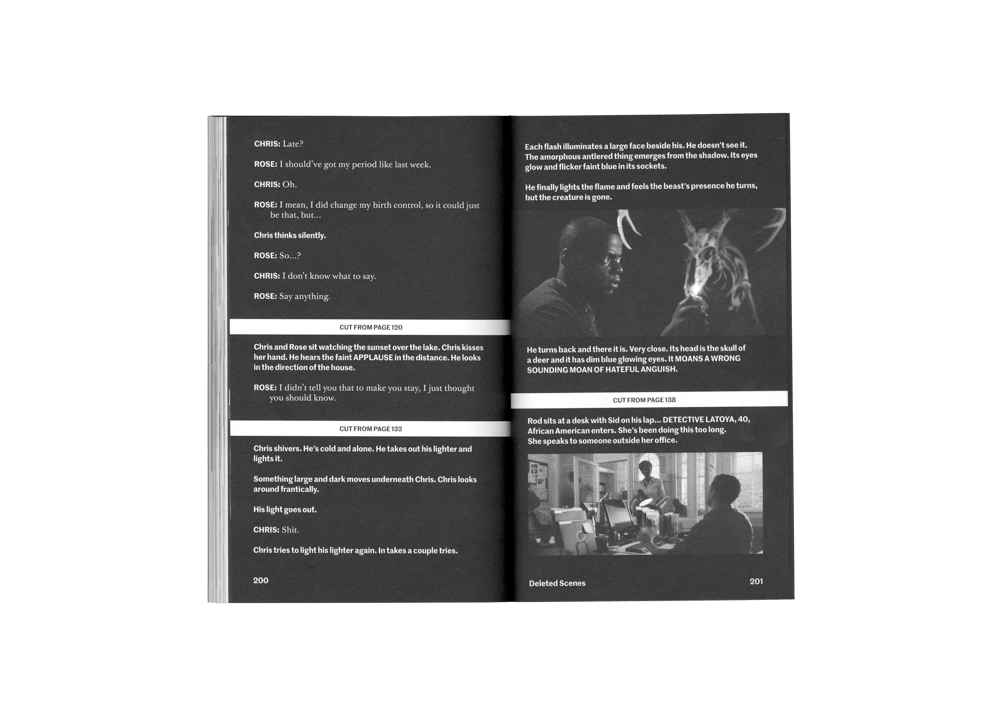