Catalogue suggests an artist’s exhibition catalogue, but is rather a chronological compilation of auction catalogues presenting the sales of the mid-century furniture designed by Le Corbusier and Pierre Jeanneret for Chandigarh, India, featured in Amie Siegel’s multi-element film installation Provenance (2013). An aside, an addendum, an index, the publication ends with the Christie's London catalogue page from the 2013 auction of Provenance itself in the Post-War and Contemporary Art Sale, which completes the economic circuit of the project. 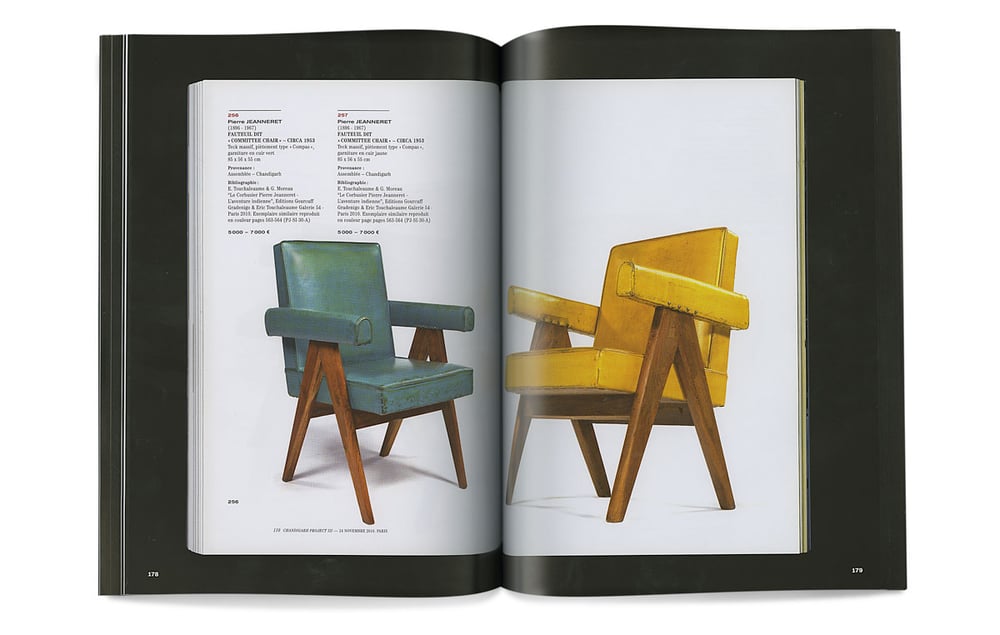 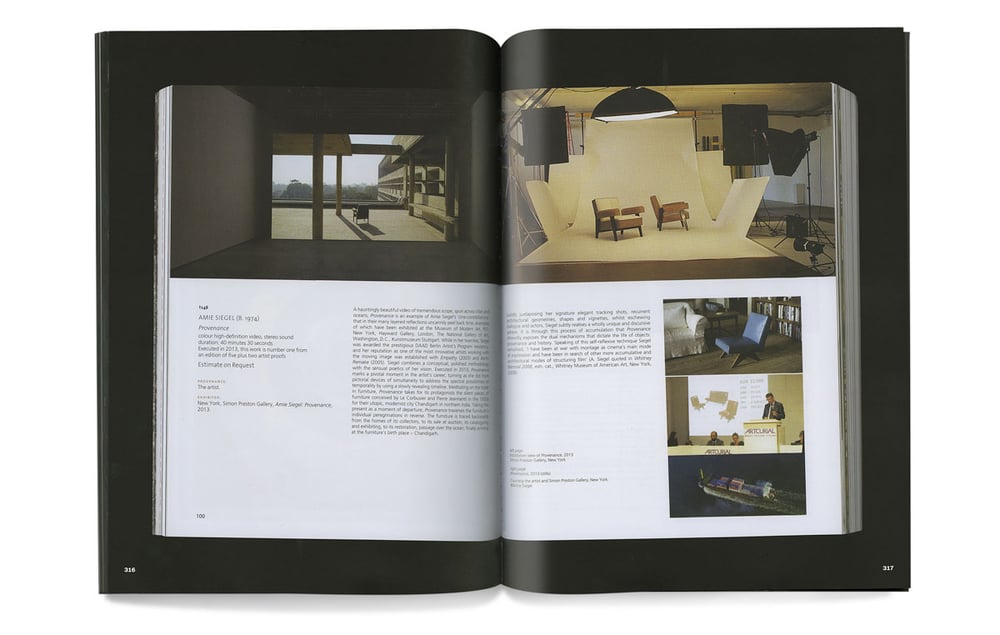