Mary Corse (b. 1945) earned acclaim in the 1960s for producing pieces ranging from shaped-canvas paintings to ingenious light works. Corse has dedicated the decades since to quietly yet steadily establishing a unique practice at the crossroads of Abstract Expressionism and American Minimalism.

Despite her now-frequent association with California’s Light and Space movement, Corse evolved independent of the region’s dominant personalities, philosophies, and scenes. As a result, her more than fifty-year career has been nearly as unheralded as it has been groundbreaking. Her practice began with her early studies of New York Abstract Expressionism and American Minimalism and developed into a highly refined vocabulary that merges traits normally thought to be irreconcilable: gestural brushstrokes reminiscent of early influences like Willem de Kooning; precise geometric compositions evoking Josef Albers; and a palette reduced through Donald Judd-like discipline. She has tirelessly explored innovative painting techniques and materials that create a dynamic interplay with the viewer and continuously alter one’s relationship to the work.

Produced in conjunction with her inaugural solo exhibition at Kayne Griffin Corcoran, Mary Corse is the first major catalogue on an artist whose visibility has unfairly lagged far behind her importance and influence. With an essay by Suzanne P. Hudson and an interview by Alex Bacon, Mary Corse initiates a critical reappraisal of an artist whose singular vision and pioneering contributions to the legacy of American abstraction have been hidden for much too long. 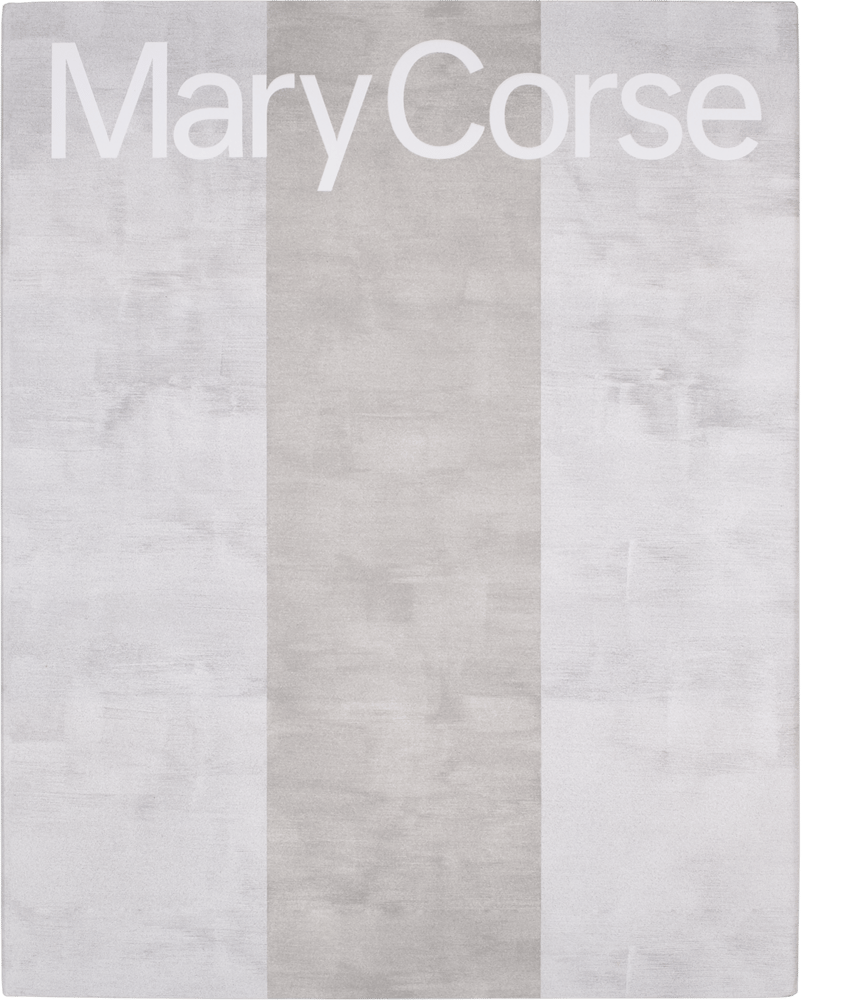