"Danielle Aubert’s history of the Detroit Printing Co-op offers a refreshing example of graphic design as it was practiced in the most alternative of ways—not only outside of the mainstream design profession, but also against the prevailing capitalist economy premised on private ownership. For enthusiasts of graphic design, Fredy Perlman’s unexpected visually inventive designs for politically salient works offer a much needed example of how self-publishing and DIY printing, so in vogue today, can be used to not just make something, but to also say something." —Andrew Blauvelt, Director, Cranbrook Museum of Art

In 1969, shortly after moving to Detroit, Lorraine and Fredy Perlman and a group of kindred spirits purchased a printing press from a defunct militant printer and the Detroit Printing Co-op was born. The Co-op would print the first English translation of Guy Debord’s Society of the Spectacle and journals like Radical America, formed by the Students for a Democratic Society; books such as The Political Thought of James Forman printed by the League of Revolutionary Black Workers; and the occasional broadsheet, such as Judy Campbell’s stirring indictment, “Open letter from ‘white bitch’ to the black youths who beat up on me and my friend.”

Fredy Perlman was not a printer or a designer by training, but was deeply engaged in ideas, issues, processes, and the materiality of printing. His exploration of overprinting, collage techniques, varied paper stocks, and other experiments underscores the pride of craft behind these calls to action and class consciousness.

Building on in-depth research conducted by Danielle Aubert, a Detroit-based designer, educator, and the author of Thank you for the view, Mr. Mies, this book explores the history, output and legacy of the Perlmans and the Co-op in a highly illustrated testament to the power of printing, publishing, design, and distribution. 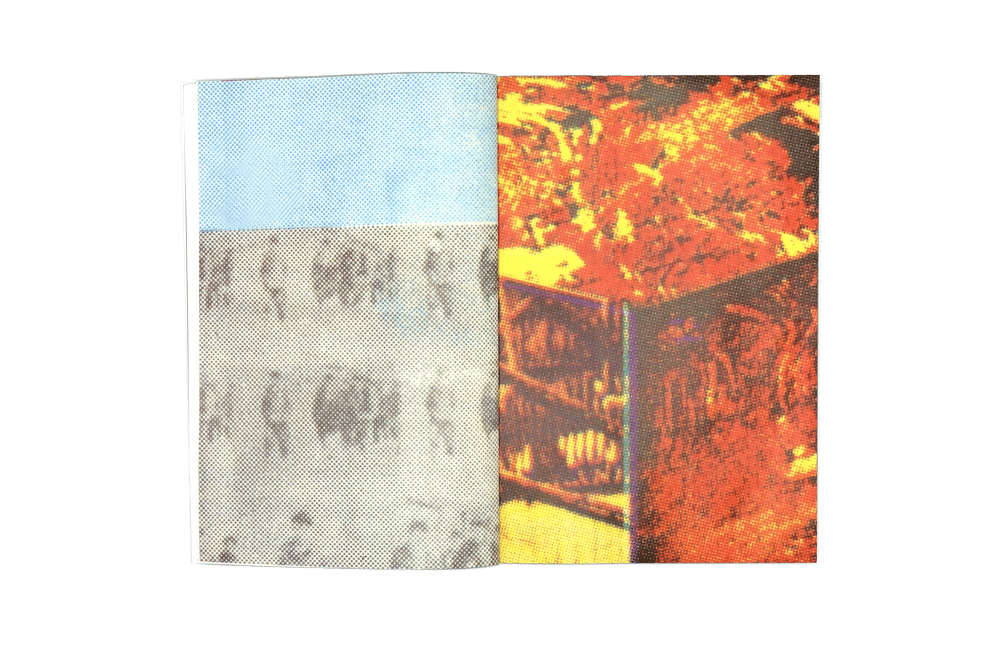 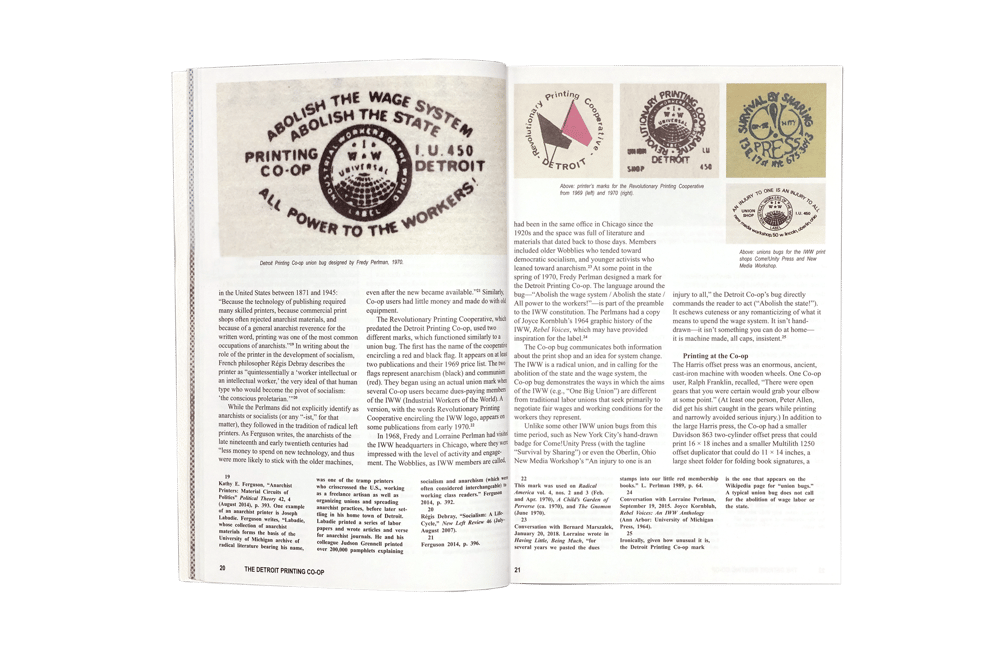 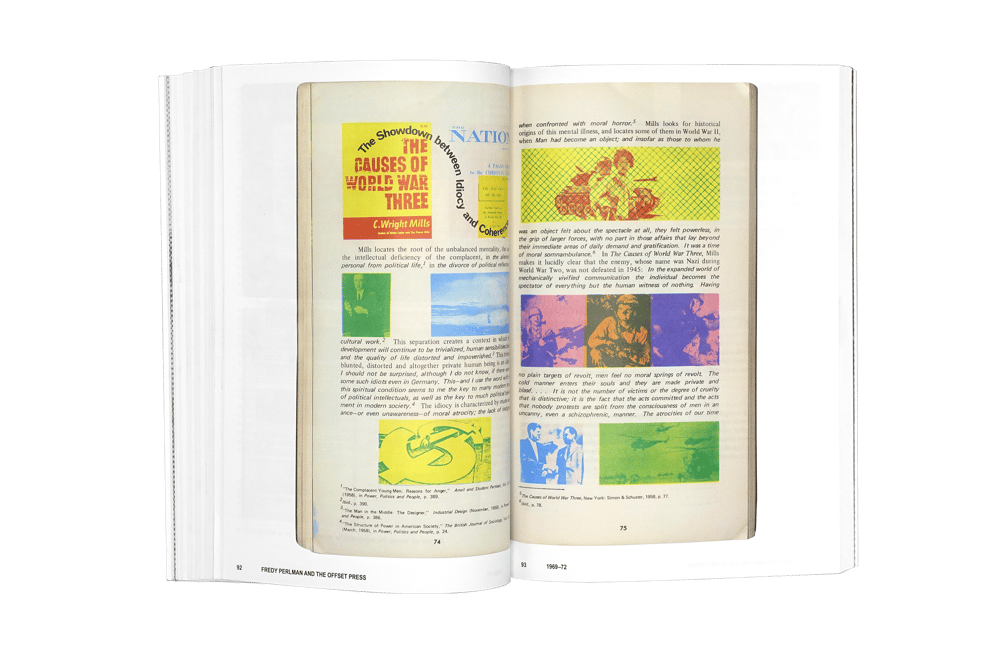 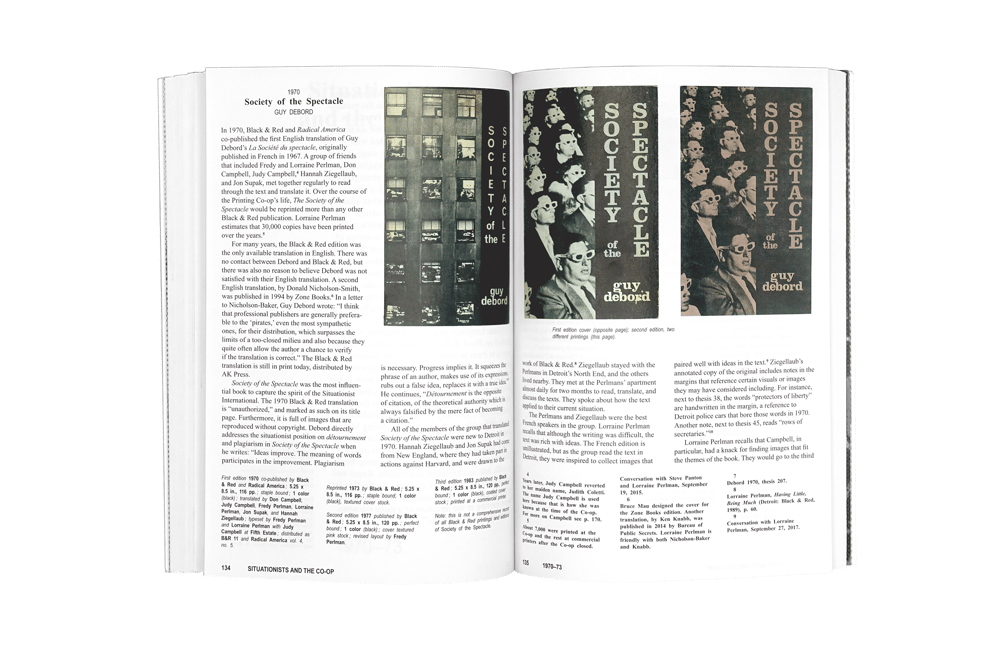